The Bureau of Alcohol, Tobacco, Firearms, and Explosives is commonly referred to as the ATF. ATF agents operate under the US Department of Justice and have some of the broadest law enforcement powers of any federal agency, as they are empowered to enforce any statute in the United States Code. However, the ATF spends most of its time enforcing laws related to the 2nd Amendment that were created by several pieces of major legislation. The National Firearms Act (NFA), the Gun Control Act (GCA), and the Firearm Owners’ Protection Act are the most notable examples of 2nd Amendment legislation.

The ATF, in addition to chasing “bad guys,” has “Rulemaking” authority. Rulemaking is synonymous with law making. To Understand Rulemaking, you need to know a little about the structure of the US Government and the ATF:

1. Article II of the Constitution gives the Executive Branch of the government (the President) the power to “execute and enforce” federal law.
2. Article II of the Constitution also gives the President the power to delegate the “execution and enforcement” responsibilities of the laws to various departments of the federal government (Including the United States Department of Justice (USDOJ).
3. The USDOJ and its 40 component organizations (including the ATF) are overseen by the Attorney General, which is appointed by the President (requiring Senate Confirmation).
4. The President also nominates someone as the Director of ATF. As with the AG, an appointment as Director of ATF requires Senate Confirmation.
5. The Director of the ATF appoints a Deputy Director.
6. The Deputy Director hires department heads for their eight departments (called “Offices”).

What is a Rule?

If the ATF determines that the original wording of a law isn’t specific enough to cover a particular situation, they can amend the law by creating a Rule. A Rule is nothing more than a written statement of what the ATF thinks the law means, and how the law should be applied. Fortunately, the ATF has to follow a very specific process in order to create a Rule:

1.    A draft of the proposed Rule gets submitted to the ATF’s Office of Information and Regulatory Affairs (OIRA).
2.   By statute the OIRA must inform the public of the proposed Rule by publishing a “Notice of Proposed Rulemaking” in the Federal Register. Basically, think of the Federal Register as a newspaper and the Notice as a classified ad in the newspaper.
3.   A 30-day (minimum) public comment period begins as soon as the Proposed Rule is published. During this 30-day period, the public can comment on the proposed rule.
4.   The ATF is then obligated to respond to all comments and, if enough people raised similar concerns, the ATF may amend the Proposed Rule.
5.   Once the ATF has a “final” version of the Rule, it is again reviewed by their internal regulatory people (OIRA).
6.   The Final Rule is then published in the Federal register
7.   Once the Final Rule is published, the Rule is considered “implemented” and it may now be “enforced” by the ATF.

Once a Rule is implemented it is very difficult to change. There are only 3 ways to get rid of a Rule:

1. The Rule may be voided if Congress passes a Resolution of Disapproval. However, the President can decide to veto Congress’ Resolution, which makes it unlikely the Rule will be overruled. Think about it… the ATF personnel were appointed (either directly or indirectly) by the President, so he isn’t likely to overturn the Rule?

2. The Rule may be invalidated by the Supreme Court if they find the Rule is unconstitutional. This does happen occasionally, but the process takes a long time. Therefore, the Rule will be in effect for several years before the Supreme Court gets the opportunity to make a decision.

In the early 1980’s a police officer was shot and killed in the line of duty. Though the officer was wearing body armor, the bullet penetrated his vest. In response to the shooting, Mario Biaggi (Congressional District Representative from New York), introduced H.R.4 (commonly known as The Law Enforcement Officers Protection Act or LEOPA). One of the results of LEOPA was an amendment to the Gun Control Act, which contains the following definition for armor piercing ammunition.

(i) a projectile or projectile core which may be used in a handgun and which is constructed entirely (excluding the presence of traces of other substances) from one or a combination of tungsten alloys, steel, iron, brass, bronze, beryllium copper or depleted uranium; or

(ii) a full jacketed projectile larger than .22 caliber designed and intended for use in a handgun and whose jacket has a weight of more than 25 percent of the total weight of the projectile.

So, at this point we know three things:
1. Armor piercing ammo is exclusively defined as handgun ammo (rifle ammo is not included in the ban);
2. Armor piercing handgun ammo is illegal to manufacture, sell, or possess; and
3. The Attorney General can grant exemptions for ammo primarily used for sporting purposes.

In February 2015, the ATF proposed the following Rule:

Armor piercing bullets will be classified as “primarily intended to be used for sporting purposes” if the bullet is loaded into a cartridge for which the only handgun that is readily available in the ordinary channels of commercial trade is a single shot handgun.

The original ban is limited to handgun ammunition, but the Proposed Rule would broaden the ban to include any bullet capable of being fired from a semi-automatic handgun. Therefore, ammunition in common rifle calibers (such as .223 caliber ammo) would become illegal to manufacture, as a few semi-automatic handguns use that caliber. It does not matter how many handguns are made in that caliber, so long as they are commercially available. The result the Proposed Rule would be contrary to the Congressional intent of the original legislation.

During the 30-day open notice period following the Notice of Proposed Rule, more that 80,000 comments we made. Additionally, a letter was written to the ATF by 230 Congressmen that clearly explained and detailed how the ATF was egregiously exceeding the spirit and intent of the legislators. Finally, the ATF wrote a “Special Advisory” letter stating the following:

“Although ATF endeavored to create a proposal that reflected a good faith interpretation of the law and balanced the interests of law enforcement, industry, and sportsmen, the vast majority of the comments received to date are critical of the framework, and include issues that deserve further study. Accordingly, ATF will not at this time seek to issue a final framework.”

10 days later, the Director of the ATF resigned to “pursue opportunities in the private sector.”

Though the ATF decided not to continue their pursuit to ban armor piercing rifle ammunition, they have been successful at implementing hundreds of other nonsensical Rules. As Rules have the same force and effect of law, the ATF wields a tremendous amount of power through Rulemaking. Unfortunately, this power is often abused and our 2nd Amendment rights are further restricted. I don’t know about you, but I elected for my Congressional Representatives to enact the law, not some gun hating pencil pusher at the ATF. 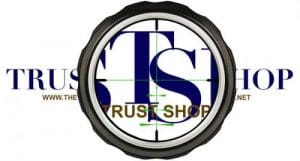 An honest 5 star rating. If I couldn't drive these guys nuts, nobody can. Thanks for all the emails answering my many questions.

Phenomenal service. Helped me walk through Form 1 despite several mistakes on my part. Have help with creation, additions and amendments to our gun trust. Always a quick and happy turn around. Couldn't recommend them higher.